How to find issues in powerJobs Processor jobs Print

If a powerJobs Processor job runs into an issue it is possible to identify the issue using different methods.

Insert following code, change the values of Open-VaultConnection and pass a valid filename that exists in your Vault in the Get-VaultFile cmdlet: 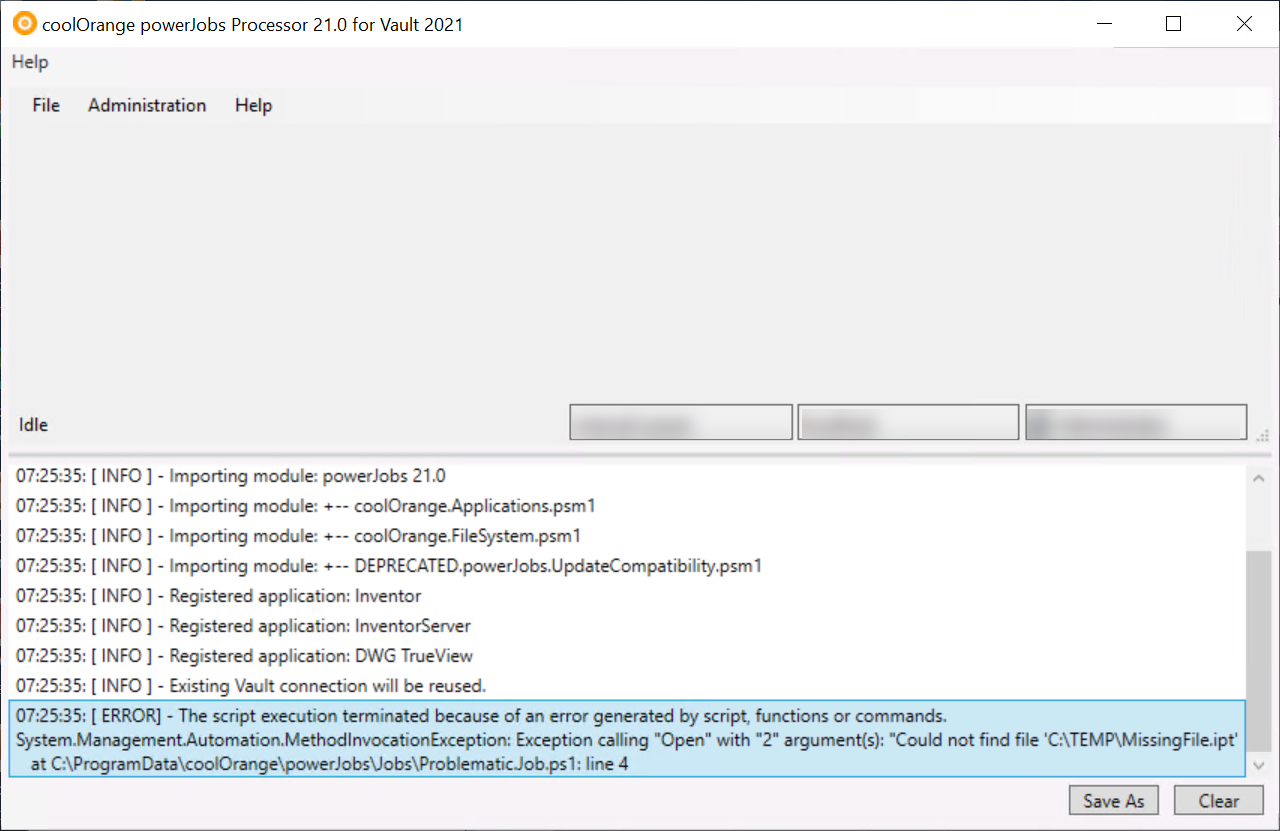 To narrow down where the execution of a job script failed, the first step is to check the powerJobs Processor log files. The logfiles can be accessed by clicking on the "powerJobs Processor Logs" shortcut in the Windows Start Menu.

It provides information to determine which PowerShell script or module is causing the error and on which line the terminating error occurred, as in the following example:

In this example the log message tells us that a missing file caused the issue and that the error occurred in the a job script named "Problematic.Job.ps1" on line 4.

The powerVault cmdlet Show-Inspector shows all the variables that are used in the job script or module. It can be very useful to check variables at specified points in your code. Therefore the powerVault module is already available after importing the powerJobs module.

After showing the inspector window, the script execution gets stopped until the window is closed. You can also highlight a specific variable, like the $file variable used in the job script:

Using the $Host variable you can take actions like showing the inspector dialog every time when a terminating powerShell error occurs in a Job executed by the powerJobs Processor. To do so you can modify the PrivateData property of $Host as for the following example:

How to find issues in PowerShell scripts (coolOrange knowledge base)